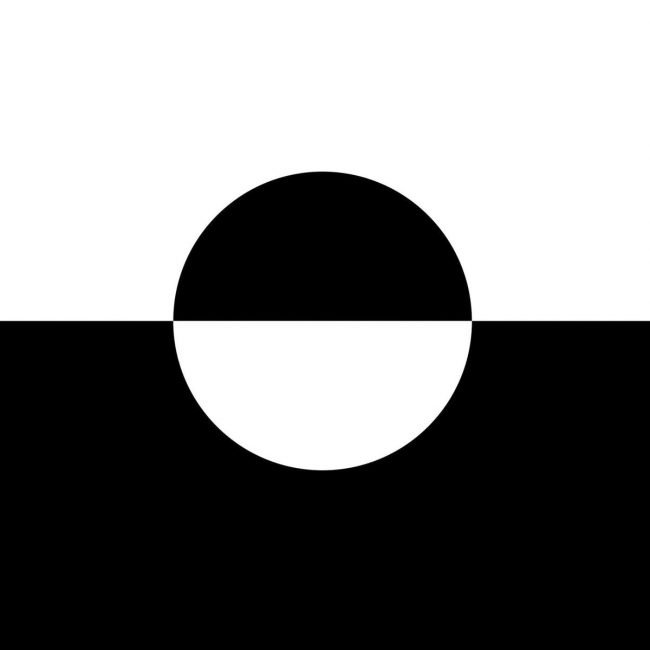 We first met Molly Nilsson many moons ago when she was a travelling singer gigging in London, selling her then-new album Follow The Light. Since then it’s been difficult to express exactly how much her songs have come to mean to us. We’ve been honoured to work with her and her own label Dark Skies Association in releasing many other releases but we feel her new album Zenith presents a sea change and contains her best songs to date. The new video for 1995 is below, it’s our song of the year.

You can also preorder Zenith on Ltd White Vinyl/CD at the Night School Shop.

Release date is November 6th as we have experienced a production delay. You can pick up digital copies of Zenith on iTunes but we believe the CD and vinyl are going to be truly special. In the meantime, 1995 is the pop song of the year: 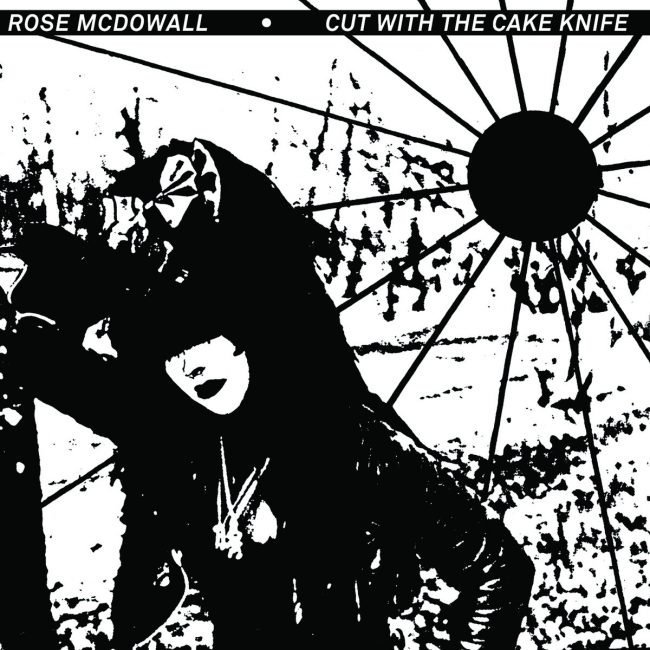 We are truly excited to present the next stage in our ongoing reissue project with cult singer Rose McDowall. Upon leaving Strawberry Switchblade, Rose embarked on an exciting if tumultuous adventure, recording with friends in Coil, Current 93, Psychic TV and Felt, while enlisting members of The Sugarcubes and Into A Circle for her own debut solo recordings. The Sunflower Demos, later re-named Cut With The Cake Knife, document her head-space at the time, as well as point to what the future was to bring. As such they are the most direct pop songs she ever wrote, still smitten with the bright/melancholic dichotomy she had so perfected with her partner Jill Bryson in Strawberry Switchblade.

Check out this montage of rare stills from the period, all featured on the new edition of Cut With The Cake Knife.

You can now pre-order Rose McDowall’s Cut With The Cake Knife from us on CD and vinyl here.

The pressing is: 500 x Black Vinyl, 500 x Clear/Black Vinyl and limited CD. We are out of the Clear/Black vinyl allocation but you can pre-order from your favourite record store. We recommend MONORAIL MUSIC / ROUGH TRADE / NORMAN Our partners Sacred Bones are pressing the album in America and we recommend picking the LP up from them if you are a U.S. resident. Both versions feature remastering by Brian Pyle (Ensemble Economique), new unearthed photos from the period and extensive new liner notes from Rose. 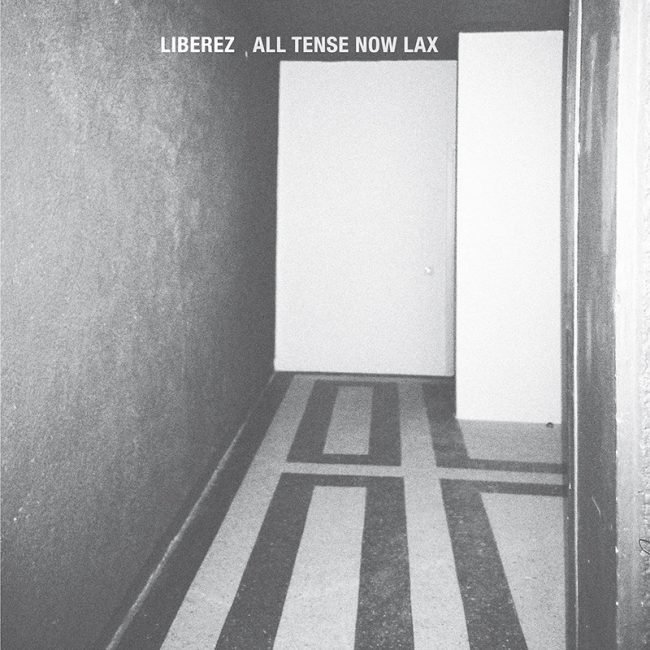 Liberez is the project of sound artist and recording engineer John Hannon, a continuing exploration of ethnographic détournement and noise dynamics. On All Tense Now Lax he is aided by Nina Bosnic on vocals and Pete Wilkins on percussion. Released on July 24th, we are immensely proud of this monolithic work.

You can preorder the CD and LP here. 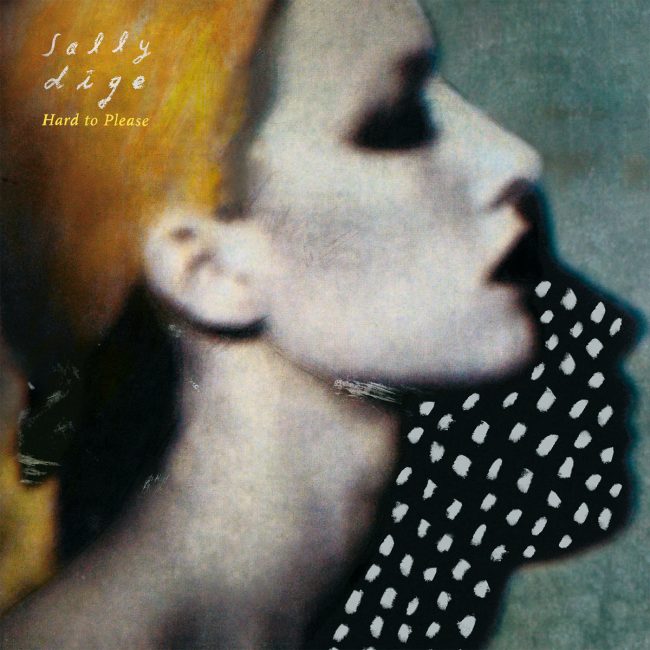 Sally Dige has announced her long-awaited debut album, Hard To Please. A seductive, pop masterpiece, the long-player consolidates the last 3 years of activity into a cohesive statement. An elusive artist self-portrayed as both a powerful body-mover and vulnerable balladeer, we’ve been obsessed with Hard To Please for months and are extremely excited to present it.

Preorder here on CD and LP


…and the 2015 update of Losing You, produced in partnership with Dige’s sister Johannah Jørgensen. 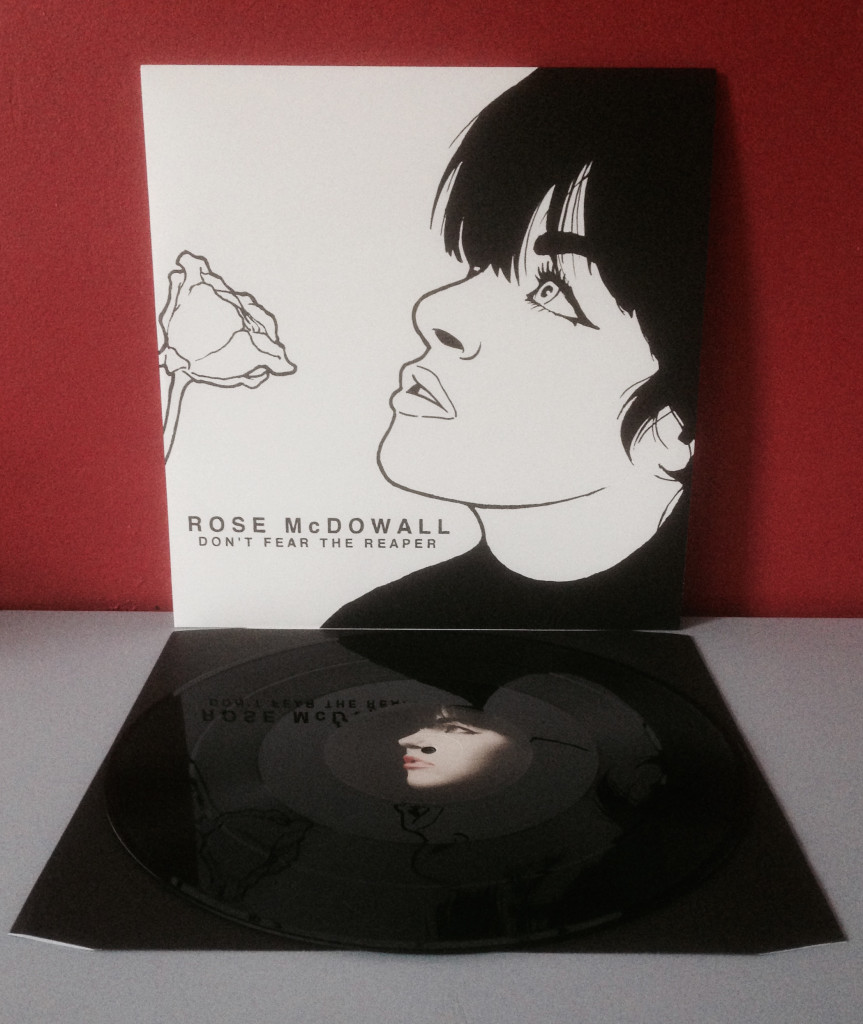 It’s our unmatched joy to finally get a hold of our Record Store Day release.

Rose McDowall‘s Don’t Fear The Reaper 12″ is sold out from the distributor and we’ll only have some archive copies but we’re extremely proud of it. Reverse-board printing with matt varnish Disco sleeve, mastering by Sean Pennycook and new artwork by Russell Elder based on original photography by Mike Morton. Whatever your thoughts on “Record Store Day” are, this is something really special for us, the first signpost in our ongoing project with Rose. You can buy it from independent record shops around the world from Saturday.. Rose will be playing an exclusive set at Monorail Music in Glasgow on the day. 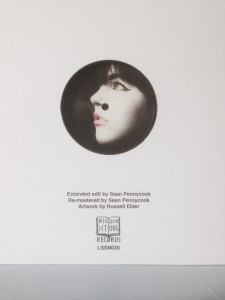 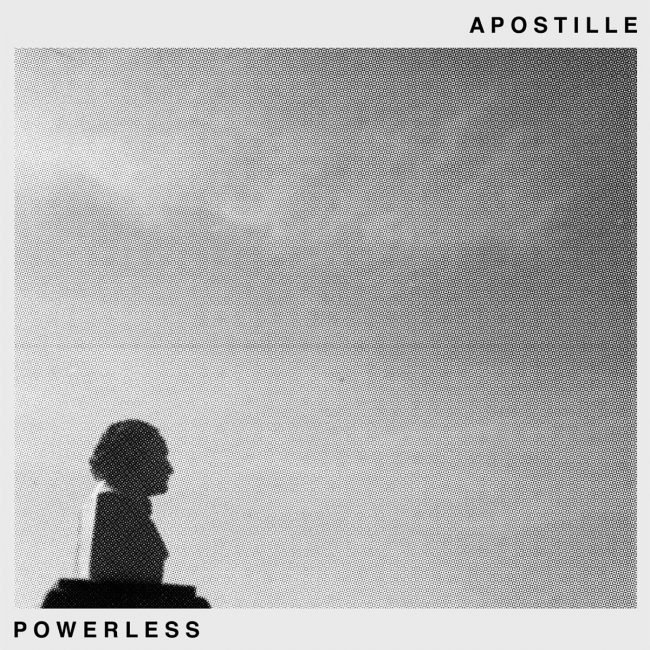 April 27th sees the release of the debut Apostille LP Powerless. Apostille is the recording and performing project of Night School boss Michael Kasparis. Having started as a home-damaged pop music, Apostille has grown into a live-wire synth punk prospect that bridges physicality and emotive leakage.

We’re proud of this album and hope that it connects. Below is a track from the LP, live favourite Good Man. 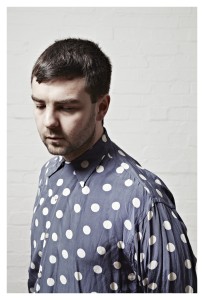 If you’d like to PREORDER “Powerless” you can do so here. 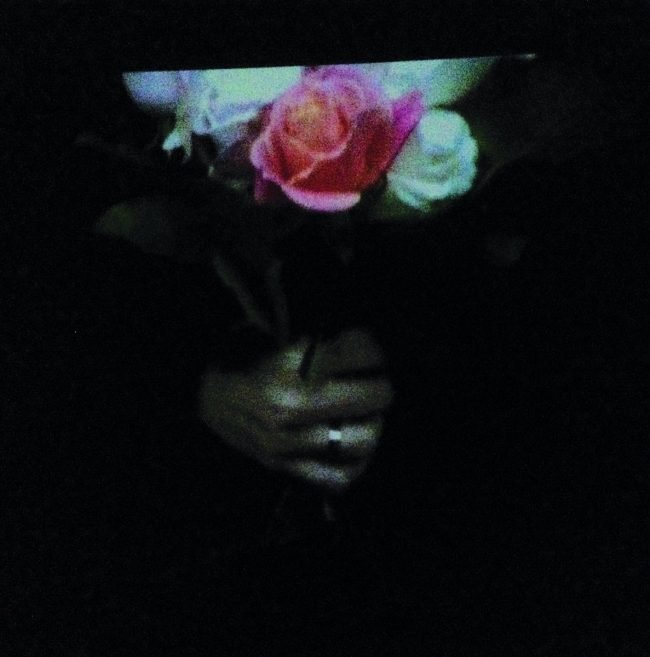 We’ve been in touch with Paper Dollhouse for a while now, ever since some records were exchanged, and were flattened by the stark, enveloping beauty of their second LP Aeonflower. We were flattered that the duo wanted to release it through Night School, so it’s with a lot of excitement we present Helios from Aeonflower.

Aeonflower will be released on March 2nd. The vinyl will be limited to 500 and you can pre-order it here

Our friends over at Bird Records are making a limited cassette edition and will be selling digital formats. 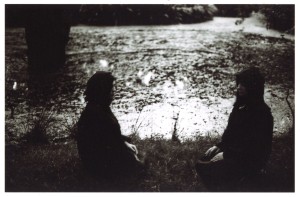 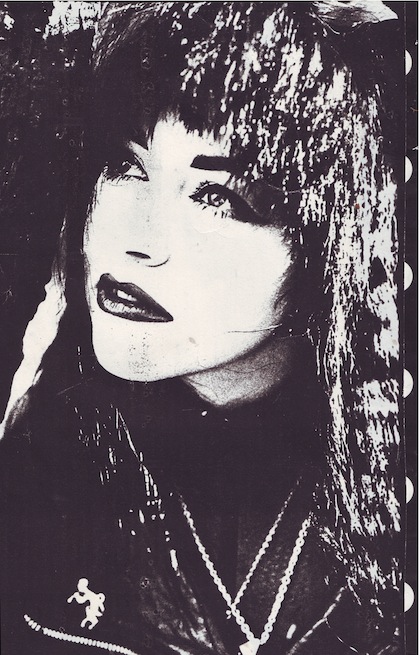 It’s with a lot of pride and trepidation that we’re announcing an epic collaboration with Rose McDowall, commencing in 2015

On the eve of her first large-scale performance in years supporting Jesus and Mary Chain, solo-artist and ex-member of cult pop group Strawberry Switchblade, Rose McDowall and Night School Records are proud to announce an extensive archive project commencing in 2015. Spanning Rose’s 34 year career, the project will include reissues and unreleased recordings alongside unseen photographs and new sleeve notes.

Rose McDowall began her career in her hometown of Glasgow, operating within the nascent punk scene with her first group The Poems. After a meteoric rise to pop stardom with Strawberry Switchblade (along with friend Jill Bryson), McDowall submerged herself in the post-industrial landscape, recording with the likes of Coil, Boyd Rice and Current 93.

Shortly after, she began recording with her own group Sorrow, before disappearing into the underground, re-surfacing for occasional performances only.

At the personal invitation of the Jesus and Mary Chain, Rose McDowall will support the band at Glasgow’s Barrowlands on 21st and 23rd November.

Our good friends at Hartzine have commissioned a wonderful, tripped out disco mix from Happy Meals. Digestif is streaming here. You will never listen to Madonna the same way again. 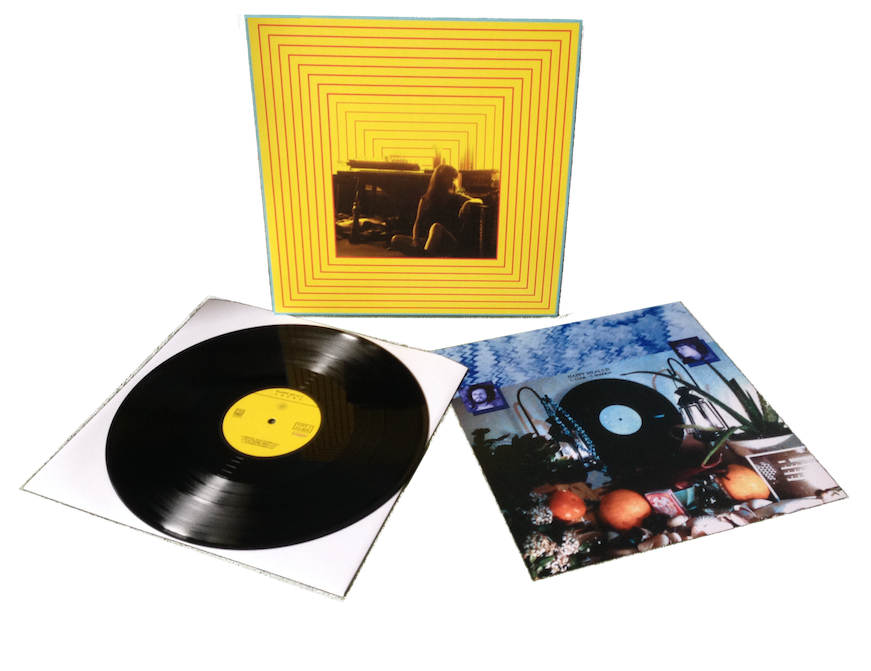 Happy Meals release their first LP today and we’re extremely proud of it. The LP is limited to 500, comes with full colour insert and download code.

An antidote to the darkening days.