HAPPY 2013. It’s a big news week. Golden Grrrls have announced their touring schedule for the next few months. Taking in the U.K. and the U.S.A. they’ll be covering thousands of miles with friends Veronica Falls, Brilliant Colors, Sex Hands and Edible Arrangements.

You can now pre-order Golden Grrrl’s debut album from the Night School Shop. The vinyl will come in a limited clear vinyl edition for the first 200 and will be shipped with a limited mixtape cd the band have compiled of some of their favourite songs. The CD will also come with the mixtape. 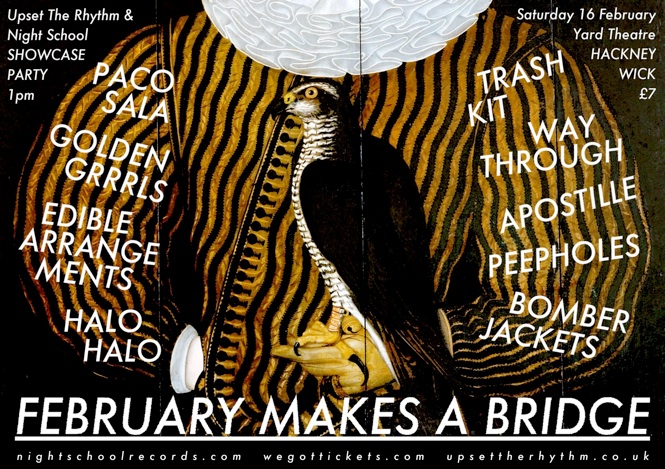 In other news, we are very excited to be presenting – alongside london brothers/sisters Upset The Rhythm – an all-dayer featuring artists from both labels’ roster. The event takes place on February 16th at the Yard Theatre in Hackney Wick. Advance booking from Wegottickets is recommended.

Finally, several Night School artists are booking tours this year. Group Rhoda, Divorce and Terror Bird are all willing to travel to your town. Go to their artist pages to enquire within.